Back in December, Twitter launched a new feature that they don’t seem to be promoting much called Tailored Audiences. In fact, it’s almost like they’re hiding it.[1]  It’s totally killer though; content marketers everywhere should be thinking about how to best incorporate it into their distribution strategy.

Now, Tailored Audiences are where it’s at. You can now upload an EXACT list of people you want to target and only pay when someone on that list interacts (retweets, follows, clicks) with your brand. And, if that weren’t enough, you can now carry your retargeting campaigns over to Twitter.

For anyone with a niche or targeted marketing strategy (which should be everybody in B2B, and virtually everybody in B2C), this opens up the opportunity to really capitalize on Twitter as a paid distribution medium.

As long as you have a minimum list size of 5000 emails, you can have your email subscription handler (Mailchimp, for example) associate your email list with known Twitter handles and promote to JUST that list in a campaign of your choice. Now, you can easily, repeatedly and scalably get in front of your email list members (your most passionate proponents) on Twitter. Sweet.

You can do similar feats of email association with your Salesforce and ExactTarget data… and likely every CRM and marketing automation system in the near future.

What’s more, if you want to simply upload your own list of specific Twitter handles to target, you can do that, too. However, you’ll still have to use one of Twitter’s (limited) set of partners.

Using one of Twitter’s ad partners like AdRoll, BlueKai, or Chango, you can expand your existing retargeting efforts to Twitter. And just like display ads, you can be pretty granular in your Twitter retargeting campaigns, targeting only users who meet certain demographics, only users who perform a certain set of actions, etc. This is sure to brighten your retargeting efforts. Asking for a “follow” or presenting a key piece of content to prospects via Twitter may be just the trick to push them down the funnel.

Twitter is known as a social media for a reason. This is a great way to push promoted tweets with useful content and gain followers who already love your brand. It’s probably a terrible way to blatantly push sales messages — people don’t expect or want these types of direct sales in their social feeds. You wouldn’t try to close a sale at a cocktail party; don’t try it on Twitter. Introduce yourself instead. Tell a witty anecdote. Show expertise. Make an appointment or send an email later to close the sale.

One of the biggest problems marketers have found with Promoted Tweets is that it can be pretty hard to scale big enough to move the needle, while still acting in a targeted manner. Targeting was either too manual or too shotgun — and way too siloed. These new targeting strategies should go a long way to solving this problem, as well as expanding the utility of valuable existing assets like email lists.

**Full list of features is here, for which you may need to be signed-in to view. Like I said, Twitter is keeping this pretty quiet for now.

[1] We spoke to a Twitter representative who confirmed, off the record, that Twitter is not actively promoting this feature at this time.  Our theory is that Twitter is not sure how brands will utilize this and fear alienating users if people are ham-handed about using it. 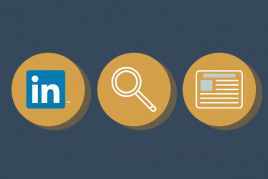