I walk through the Castro neighborhood in San Francisco on my way to work on a regular basis, often stopping by Rossi’s Deli to buy the best coffee in the world. A few months ago, I was startled to notice this bold sign for a tax group:

Frankly, this slogan scared me.

I stopped to gape at the sign shouting “GAME ON, IRS!” with matching t-shirts in the window, and literally shuddered.

As a business owner married to another business owner, I am terrified of the IRS. As Donald Rumsfeld apparently informs the IRS every year, I do my very best to pay my (and glassCanopy’s) taxes in full — but the tax laws are simply too byzantine for any individual or small/medium sized business to really know what they owe.

That uncertainty, when combined with government’s significant coercive ability and the potentially fatal distraction of getting entangled in a tax fight, means that when a government entity asks us for money, I just pay up and chalk it up to the cost of doing business. The last thing I want to do is pick a fight with tax or regulatory authorities.

Conservative accounting and meek submission is my policy, so I had an almost overwhelming and viscerally negative reaction to a tax group that defiantly advertised it’s adversarial position vis-à-vis the IRS. Shrugging it off as woefully misguided advertising, I went about my business.

Fast forward to last week, I spent Tax Day closeted with clients, strategizing our entrance into a new market; and having a fairly typical discussion that boiled down to how much we ought to promote a particular characteristic that will appeal to some subset of the market, but repel others.

It was a more nuanced discussion than this (it always is) but my argument almost always comes down to this: we are who we are.

We should be as true to that as possible, proudly appeal to those who want to do business with companies with our characteristics, and be OK with repelling those who want a different kind of company.

No one (except the IRS) needs (or gets) 100% market share. Better to put a stake in the ground and get as close to 100% of the market segment for whom you are an ideal provider (and, who are, conversely, ideal customers for you), than to come across as inauthentic or unappealing to your best potential customers (who, almost by definition, are looking for products and services that look very much like whom your company really is).

On April 16th, I found myself in need of coffee for the office; and, thus, found myself looking at “GAME ON, IRS!” again. I did another double take, but for different reasons this time. Because it really wasn’t misguided marketing. It was brilliant marketing. I just don’t happen to be their target market.

Little fish in a big market.

The tax preparation market is a big one. Approximately 85 million individuals used an accountant or tax prep software last year — plus, virtually 100% of incorporated businesses. H&R Block is the gorilla in the indivdual and SMB market with ~18% market share. Online services and software are changing the game, with many “easy” tax returns increasingly handled by low-margin, self-serve outfits like TurboTax.

Johnston “GAME ON” Tax Group is a local company with a single office run by a JD, not a CPA. They don’t need or want 100% market-share. They want as much business as they can comfortably handle — presumably with a majority of it being complex and higher margin jobs. The folks who could go to H&R block or TurboTax make good customers in volume, but there’s a clear upper-limit as to what can be charged. And, I would imagine, from a life-style perspective, preparing those returns just isn’t as interesting.

The “GAME ON, IRS!” slogan stands out in a world of bland advertising. It appeals directly to those already on the wrong side of the taxing authorities, the ones who are scared and probably a little outraged — and the ideal client for a tax group with strong legal skills.

Since it was the day after Tax Day, I took a chance, walked in, and introduced myself. I asked about how they came up with the slogan and how it was working out for them. Once he was reasonably sure I wasn’t insane and/or trying to sell him anything, the owner Jeff Johnston was as nice as could be and gave me some background.

Turns out they’ve been using the slogan and ad for two years, created for them by the in-house advertising services of the Bay Area Reporter (a local gay newspaper — the perfect vehicle in the Castro). It’s been great for them and helped them expand their business. I could tell though, that Jeff hadn’t just cooked up this slogan out of nowhere. It does, in fact, slant toward those who have a complicated relationship with the taxing authorities, reflecting his core belief that his clients really do need someone willing to fight for them. But they also get lots of walk-in business from folks who just want a standard return filed.

Appeal to your core audience first.

I conducted a little informal survey of ten people on their reactions to the slogan: would they, hypothetically, be interested in taking their taxes there? Only one said yes. The rest had similar reactions to my initial take.

Most people would ditch an advertising slogan with 9 out of 10 negative reactions. But this misses the point. In many markets, any given firm would be thrilled to capture 10% of the market. Particularly if it’s the right 10%.

This is especially true when you’re marketing professional services such as a tax group. What makes you different — Your people? What makes people different? Their expertise and their passion. So let the passion shine.

Be bold, not bland.

Great advertising makes an emotional connection with your core prospects (and customers). This is very hard to do without being specific. So leave the vague, feel-good, appeals-to-the-whole-world stuff to sugar-water purveyors. Focus on your best potential customers: the folks who feel passionately the way that you do.

It’s a life lesson most of us eventually learn as individuals: Don’t be afraid to tell the world who you really are; be true to yourself. I think more of us need to apply it to our corporate selves. Game on, indeed. 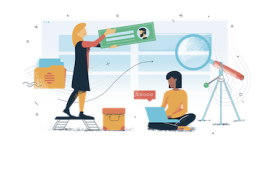 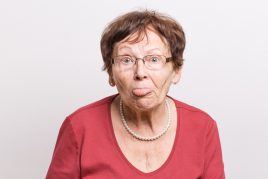