Origami: How to make your print marketing pop (literally)

At glassCanopy, we get really excited when we have a reason to bring some three-dimensionality into a project for printed handouts or direct mail pieces.

In the early stages of concepting and brainstorming on a project, we focus on the core of a design, and how we wish to present it; how shall the story, literally, unfold? If the content lends itself to 3D presentation, then some fun creative design will most certainly ensue.

For some of our recent client projects, I wanted to explore origami as a possible design solution. One of my favorite parts of the job is when I get to do things like scour the web for interesting origami. When I find the one I think will work with our concept, sometimes I can also find corresponding folding instructions. Other times, I end up scrutinizing an image of an intricately folded piece of paper, reaching back to my geometry days of angles and fractions, and dissecting the folds that comprise the sculpture.

The following are some examples of 3D concept designs we’ve activated for clients, inspired by origami folds.

One helpful point of reference: direct mail costs will substantially increase when pieces retain a square ratio (1:1). USPS needs at least a 2:3 rectangular ratio. The following concept pieces take all of that into account, and were either mailed in a rectangular “package” or kept square as handouts only.

What really drew me to this type of fold is that the entire piece can unfold in one step, with a fold that is elegant and symmetrical.

The origami of this piece allows for the story to be introduced on the first four panels, and then in one full unfolding sweep, the rest of the story is then presented. 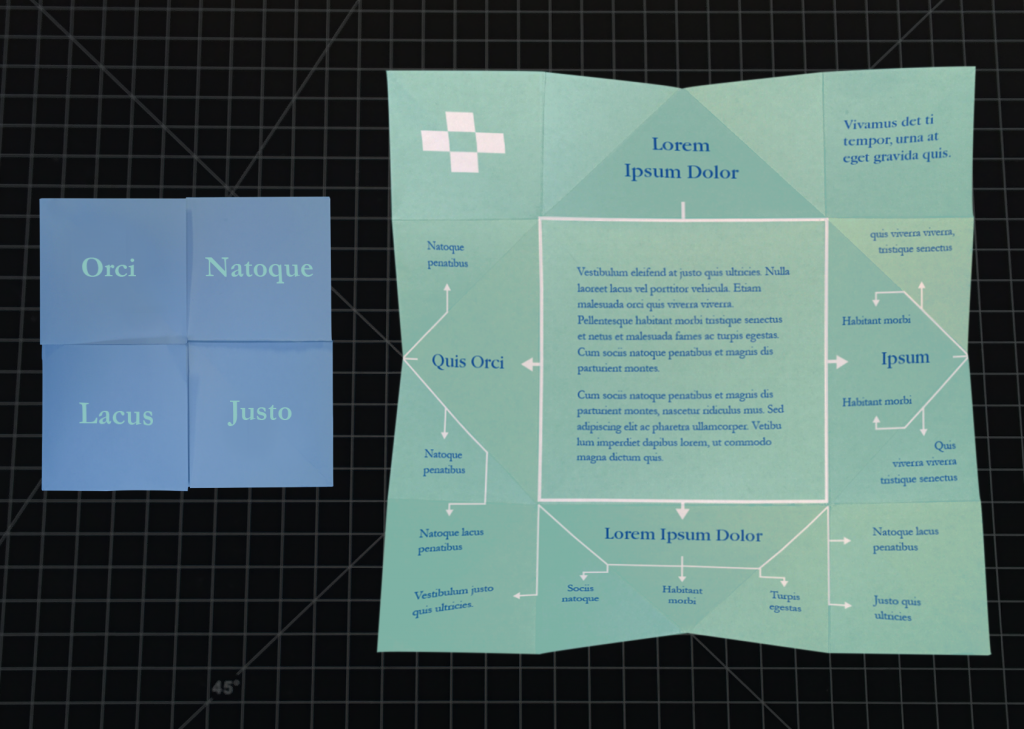 This template allows for a more traditional method of storytelling, with the title and introduction placed on the front cover. The interior can accommodate longer content on the two side panels with the “hero” content, such as this map, showcased on the origami. 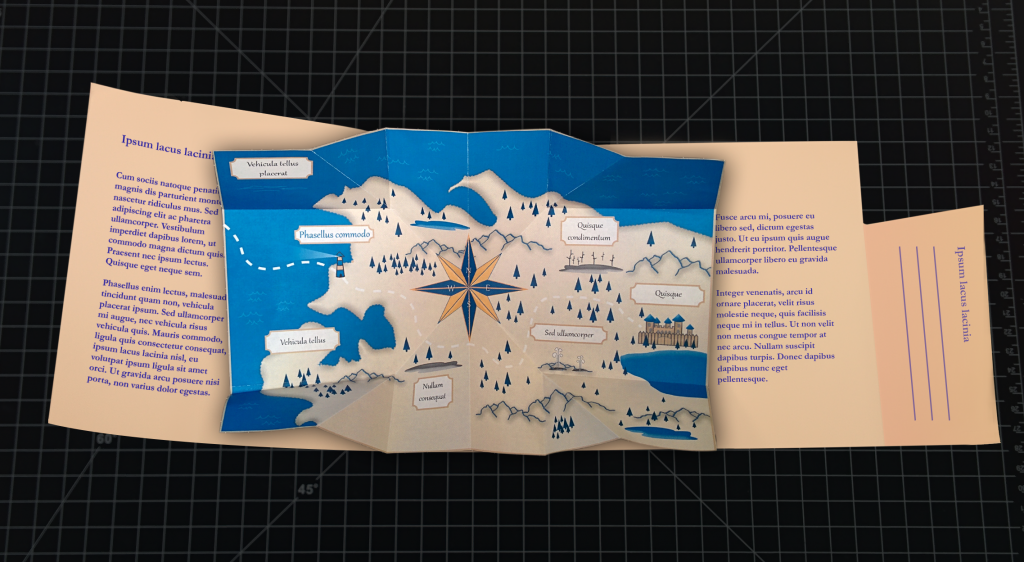 This was a really fun piece we designed for our client the Cooperative of American Physicians Inc. (CAP), as a direct mail piece that was sent to prospective members. The “Nostalgia Mailer” was born out of a conversation we had about elementary school. We wanted something tactile for recipients to play with that could also sit on a desk as a reminder of what our client offered.

The fortune-teller piece was included in a larger presentation package (rather than a self-contained mailer), so that we could present the main content via a fun childhood game, nostalgic of past elementary school recesses. 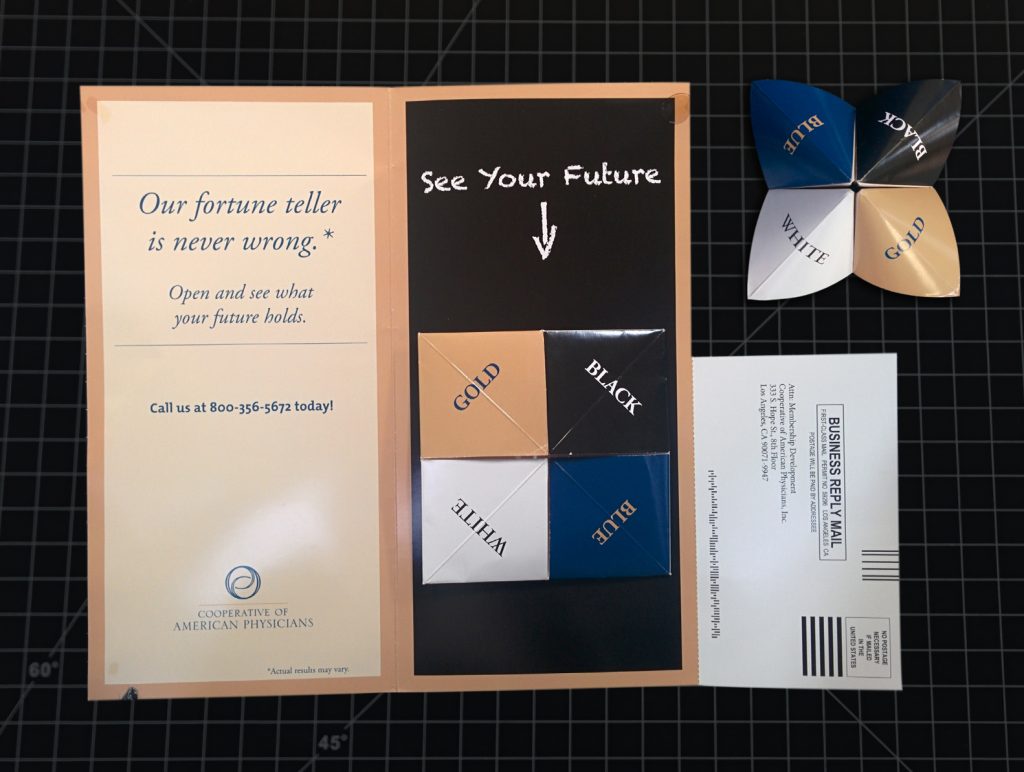 This piece isn’t technically origami, because it isn’t folded from one sheet of paper into the final object — but it’s still a fun 3D paper piece to include.

We designed this “Pop-Up Ball” for our client Shenick as part of their “Smash the Box” campaign. The “Smash the Box” Campaign was focused on building an increased awareness of Shenick’s TeraVM product, which eliminated the need for a server chassis, or box. The process of eliminating the box resulted in smashing the box, and so we wanted a 3D piece that was designed to be “smashed” but would then retain its original form. We found the Pop-Up ball, produced by Whitney Woods, filled that criteria. 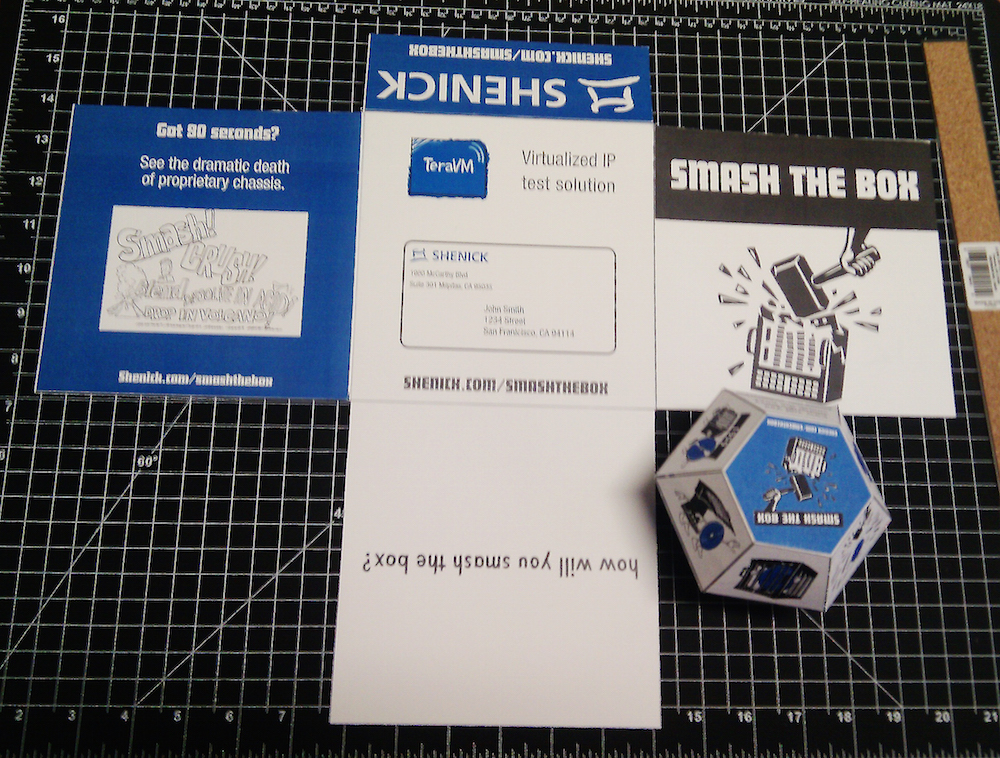 We designed a package with supporting content on the interior and exterior that would contain the “smashable” pop-up ball. This layout design allowed for us to tell the story of Shenick’s TeraVM with having the end result be the viewer smashing the box. 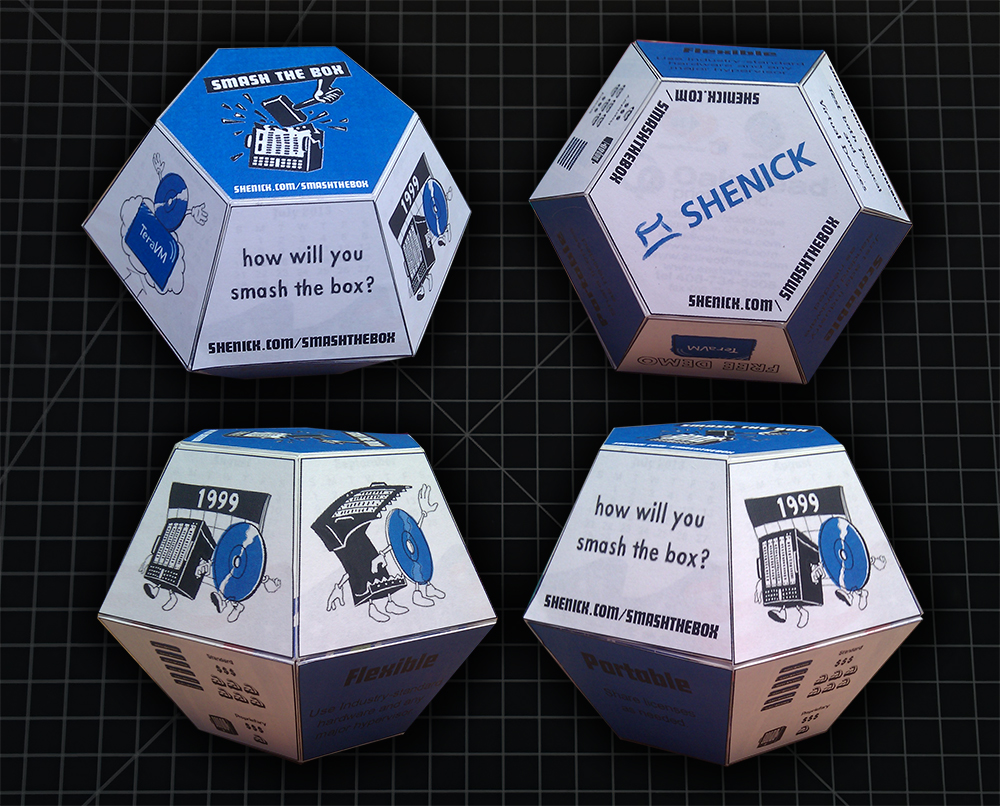 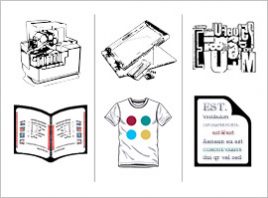 Fine Print: Which Printing Process is Best for the Project? 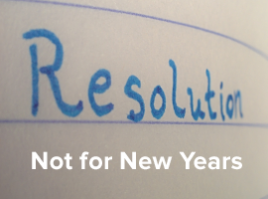 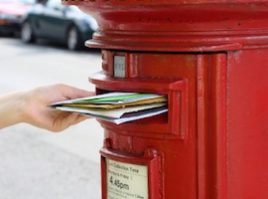