Logo design strategy: one of these yoga studios is not like the others (Part 2)

Recently, I had the opportunity to work on a new logo design for a small yoga practice. I decided to document the experience from beginning to end in a two-part series, with some commentary peppered through out to give a peek into a designers process for creating what is arguably the most important (certainly ubiquitous) design element of a brand’s identity. This article is Part Two and the conclusion. Check out Part One here.

When we last left off, I had just sent this round of logo options to the founders of Rec Room Yoga to get some feedback.

They liked where things were going with this round, so I began refining the typeface and shapes, and considering color options.

For typeface exploration, I found a site that has a bunch of fun typefaces you can use for free. I knew I wanted something Sans Serif and round and bold. So I experimented with a few. 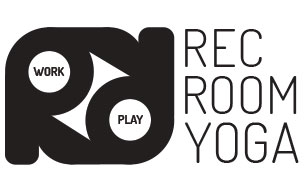 Dosis
I liked the simplicity of Dosis as well at the thing width of the letters. However I wanted the Typeface to reflect the design of the logo R’s more. 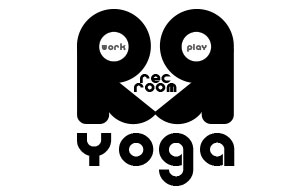 Powerweld
I wasn’t crazy about Powerweld to begin with as it reminded me too much of the popular (used in American Hustle) typeface Bauhaus, which was too reminiscent of the 70’s. 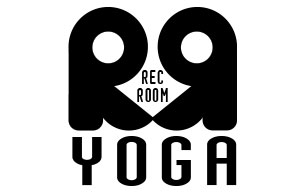 Pixochrome
Clean and simple – but not rounded enough 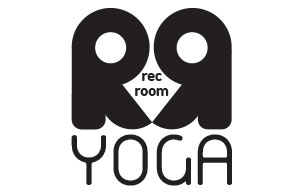 Lachata
Definitely a strong contender  – simple, round and bold 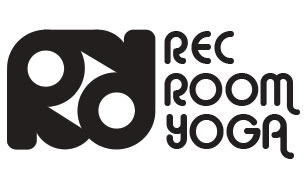 Alba
Another strong contender – In contrast to Lachata, I like the playful nature of Alba.

Once I had a few options down I decided to start playing around with colors.

I was fairly certain I wanted stick with a combination of warm tones like reds, oranges and yellows, as they offered a more playful, warm and inviting feel. Red felt fun and punchy; yellow and orange felt friendly and inviting.

How the colors appeared on black would also influence my decision. 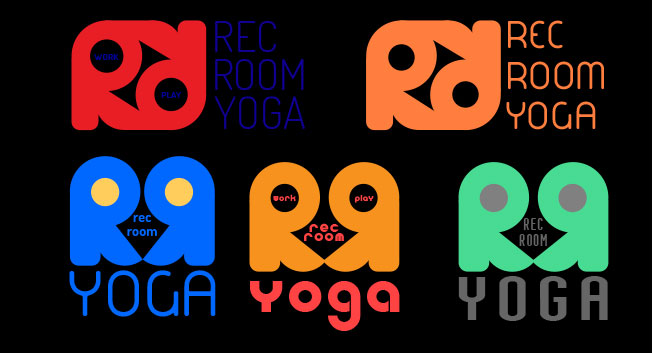 My explorations of other colors reassured me that the cooler tones simply didn’t fit with the theme or feel I was looking for. Orange, red or yellow definitely conveyed the energetic nature I was looking to capture in the logo.

After playing with combinations of various colors and typefaces, I was sold on a typeface. Lachata just seemed to hit all the marks.

Locking Down the Design

We also decided to pick the final arrangement of the R’s logo. While, aesthetically, we liked the version that had the two upright R’s creating an arrow pointing down to “RecRoom Yoga” we decided to go with the version with one R upside down. I liked the notion that that R may be doing a yoga pose of its own, and we felt that overall it was a tighter design.

With typeface, color direction, and basic design locked down it was time for final tweaking and last finishing touches.

I didn’t like that the typeface of the capital R’s of “Rec Room” were a more traditional design and squared off at the top left corner, while the larger R’s had a more rounded off corner.

So, I wanted to find a way to unify them. I explored a couple of options:

I decided I wanted to stay with the smooth simplicity of circles. So, I went with the third option.

The last hurdle in this design process was arranging the type on the horizontal version — I wanted a versatile logo design that could work in vertical, horizontal and square formats. With the three words stacked on top of each other — ROOM spanned past YOGA — I needed to create more symmetry. I adjusted the kerning as well as the leading and widened both and the G and A. And with those small changes the entire design became much tighter.

BOOM. We have our finished logo! 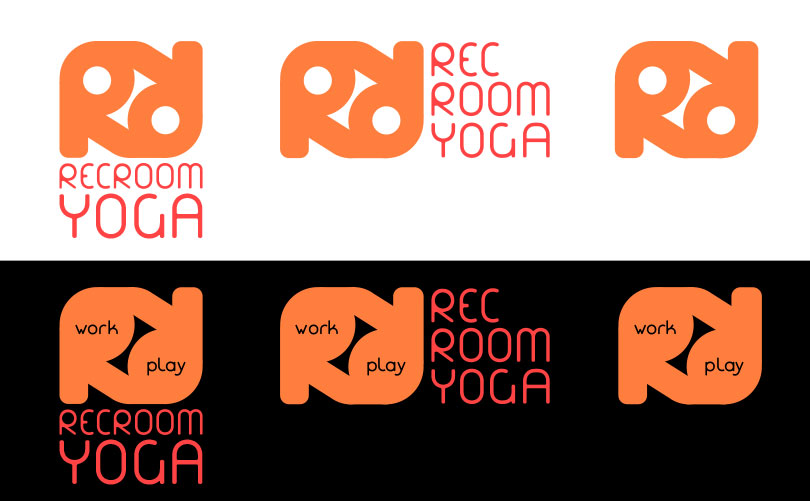 When I presented the final design to founders, I also gave them a companion version incorporating the words “work” and “play” for an additional option, because I’m flexible like that. Probably all of the amazing office yoga I’ve been doing…