12 Years a Slave: Perspective is Everything

Is it possible to feel overwhelming empathy for an experience you’ve never had?

12 Years a Slave is the harrowing account of Solomon Northup, a free black man who was captured and sold into slavery in the 1840’s.  Solomon’s narrative ­— and the stories of those with whom he travels — unfolds through bravura performances, striking cinematography and a bracing, startlingly effective score that all combine to create a film that will leave you in a stunned silence. The main reason both critics and audiences (like me) find the movie profoundly impactful? The film draws you so deep into the protagonist’s perspective, you start to feel like you are the protagonist.

Kidnapping: The Morning After

In the film, when Solomon realizes he’s been kidnapped, we see the situation through his eyes. The camera’s focus slightly blurs to reflect his drugged state, and the lens slowly pans around a cramped, dirty room to indicate the disorientation and confusion our protagonist feels after waking up in this strange place. 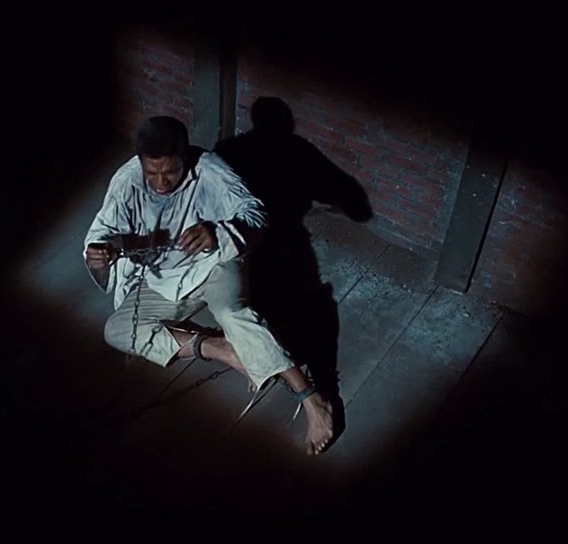 When the camera finally cuts back to Solomon, the revelation (and severity) of his subsequent beating makes us gasp. After having been given that first person experience, looking at him now feels a little like looking into a mirror, Over the course of the film, Solomon is subjected to increasingly atrocious treatment, which we, as audience members, seem to experience right alongside him; starting from the same place (freedom) and traveling through the same journey (slavery), to its conclusion (reinstatement). It’s the closest we’ll probably come to ever experiencing slavery firsthand, and the primary reason why the movie is so effective. And in the coming days, in the office, when I was unable to talk or think of anything else, I realized: savvy marketers could employ this literary device to evoke strong feelings in their audiences that leave a lasting impact. And they do.

Think, for example, about this famous commercial by Nike from 2008. It follows the journey of an unknown footballer from anonymity to playing for Arsenal and Holland. In a genius reversal of expectations, the commercial is filmed entirely through the eyes of the rookie: The commercial gains so much by literally looking through the eyes of the protagonist. You experience the recruiter seeing you at your first game. You’re the one running up the steps after everyone else has left practice. You’re the one pantsing your teammate during practice. You’re the one throwing up, because you’ve pushed yourself to the limit. And you’re the one who ends up taking a penalty kick, just like you did back at home — except now, everything’s different. The commercial is effective precisely because it makes you take that journey, and then puts you right back where you started. It practically dares you to try something bold in your real life. “Just do it!” Nike screams from the coach’s spot on the sidelines. And why wouldn’t you? You already have.

Of course, this idea isn’t just limited to the film medium. Axe does a marvelous job of targeting adolescent boys, through a first-person narrative into which they have no hesitation, uh, inserting themselves: the story of the guy who gets any girl he wants. The provocative campaign been translated into commercials, magazine ads, billboards, and even a particularly déclassé tunnel advertisement. 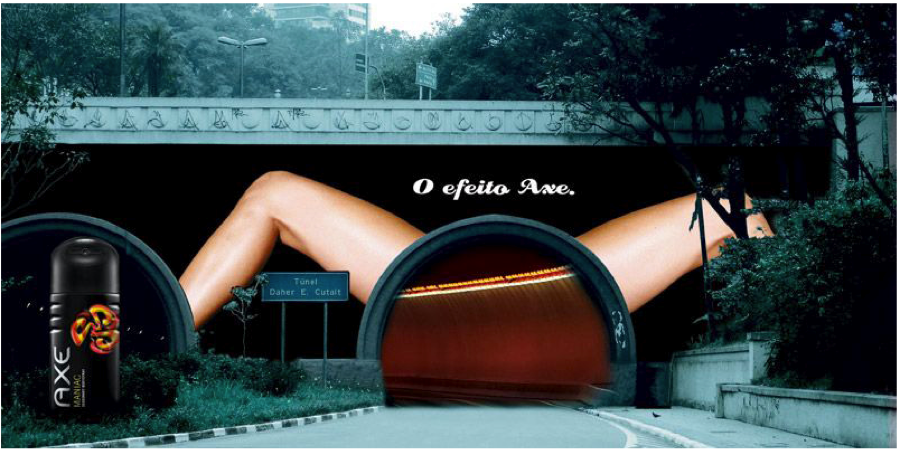 Whatever you think of Axe and their questionable tactics, you have to give them credit for knowing their target audience.

Slavery Footprint: Down the Rabbit Hole

This type of storytelling isn’t just limited to traditional storytelling mediums, like print or film. Web-based first-person experiences can add a powerful interactive component to their messaging.

Slavery Footprint, an award-winning website, stealthily reveals how your consumption casts a long shadow, through a clever and engaging immersive questionnaire. The website asks questions about everything: what you have in your medicine cabinet, where you live and what your living quarters look like, what you eat on a regular basis, what kind of clothes you wear. As you travel from section to section, answering questions, the site explains specific ways your consumption is contributing to slavery conditions around the world. With all this information in hand, the site then calculates how many slaves, indentured servants and forced laborers work for you.

Slavery Footprint’s secondary goal is to force users to confront their own culpability. However, its primary goal is to inspire action. In addition to your slave count, the website also provides contact information for some of the companies that knowingly use unpaid labor, and give you tips for how to reduce your own slavery footprint. After the time spent filling out questions, reading the material about how these workers are treated, and being shown in concrete figures exactly how you are responsible…well, it’s an effective way to get you to do something.

Getting your audience to do something — respond to an email, take a trip, buy a car, take the leap — isn’t easy, but tools and perspectives like those listed above can be extremely effective. Using a carefully constructed first person narrative to engage your audience’s empathy gives them a reason to remember your story, and — more importantly — feel connected to it long after the credits roll.